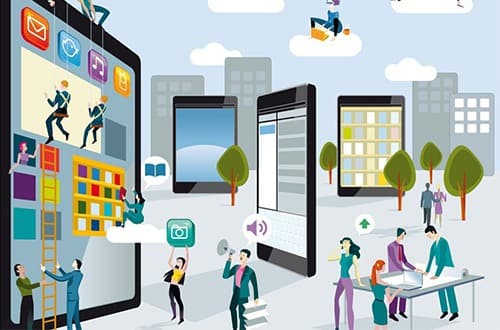 According to a recent study done by the Associated Chambers of Commerce of India (Assocham), India is ranked third in the largest number of technology-driven startups in the world. It is after US and UK respectively.

The survey was done in association with Thought Arbitrage Research Institute, which revealed that Bengaluru is host to the largest share of technology startups in the country, followed by Delhi-NCR and Mumbai, while Hyderabad and Chennai are also quite popular among budding tech entrepreneurs.

The reported statement, “In the technology-driven startups, India has moved up to the third position with the US occupying the top position with more than 47,000 and the UK with over 4,500.”

India is now also among the five largest countries of startups, both tech and non-tech included, along with neighbours China. The US occupies the top slot with 83,000 startups.

As per the domestic startups in the country, IT hub Bangalore leads with 26 percent of domestic tech startups, followed by Delhi-NCR (23 per cent) and Mumbai (17 per cent). In the ‘catching up’ category were Hyderabad (8 per cent), Chennai and Pune (6 percent each).

Sunil Kanoria, Assocham President, said, “The disruptive innovation in technology and process is creating newer Indian startups and foreign investors, including some of the well-known venture capital funds, are showing immense interest in these startups.”

The report focused on the awareness that a startup is a vehicle of rapid growth through technological disruption and innovation, has to spread across the economy. If any small traditional business is treated as a startup, then the ecosystem will never develop properly, it pointed out.

It further recommended that synergising ‘Startup India’ with ‘Make in India’ and ‘Digital India’ initiatives has the potential to expand the domestic ecosystem for new entrepreneurs.

It also suggested tax exemption for research and experimentation to encourage fresh ideas without fear of failure. Recommending a Stanford University model in various Indian universities, the Assocham-Thought Arbitrage paper said courses on the creation of small businesses should be encouraged in campuses.