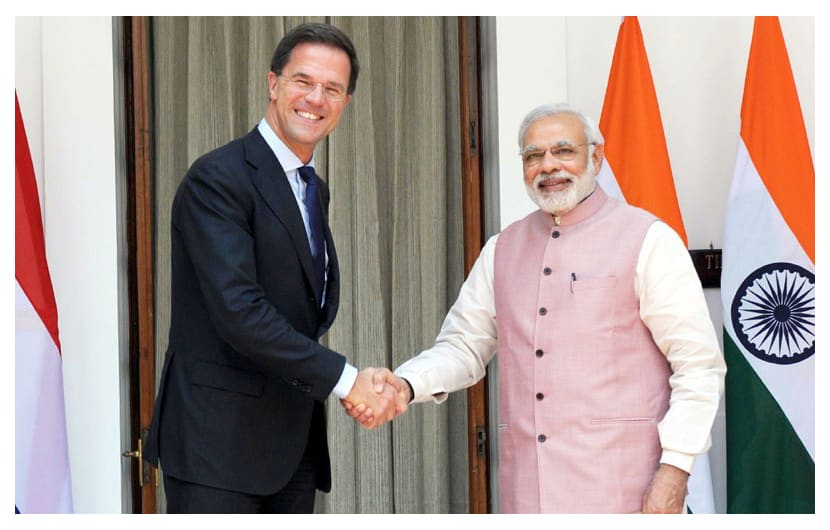 The delegates will be signing a numerous MoUs on their visits to Delhi, Mumbai and Bengaluru, to promote technology and innovation from universities to SMEs and corporates.

An umbrella initiative to help Dutch startups explore Indian markets is being planned. Netherlands Prime Minister, Mark Rutte will be visiting Bengaluru soon and Startup Link is on the agenda as part of deepening the innovation ecosystem relationship with India.

Rutte’s trip to India comprises of 120 business delegates in addition to two ministers and the mayor of the Hague to Bengaluru. This delegation is supposedly larger than the one for their recent trip to China and possibly their largest delegation to any foreign country.


The Startup Link is being launched in partnership with the Indian government’s Startup India programme. The Netherlands minister of foreign trade and development cooperation, Sigrid Kaag, will be launching the Indo-Dutch Startup Link Digital Hub on May 25.

Reportedly, the delegates will be signing a numerous MoUs on their visits to Delhi, Mumbai and Bengaluru, to promote technology and innovation from universities to SMEs and corporates. Some of the MoUs signed will be in the fields of healthcare, smart cities, life sciences, waste management and cybersecurity.

As part of the events on the day, the Dutch PM will also be meeting 30 top Indian CEOs for what is being called an ‘Innovation Power Lunch’.

The Netherlands Foreign Investment Agency (NFIA), which is a part of the various ministerial departments set up in the nation’s consulate general in Bengaluru, is already helping Indian startups expand their base in Netherlands. Dutch startups are also expected to have soft launches in India – specifically Bengaluru.