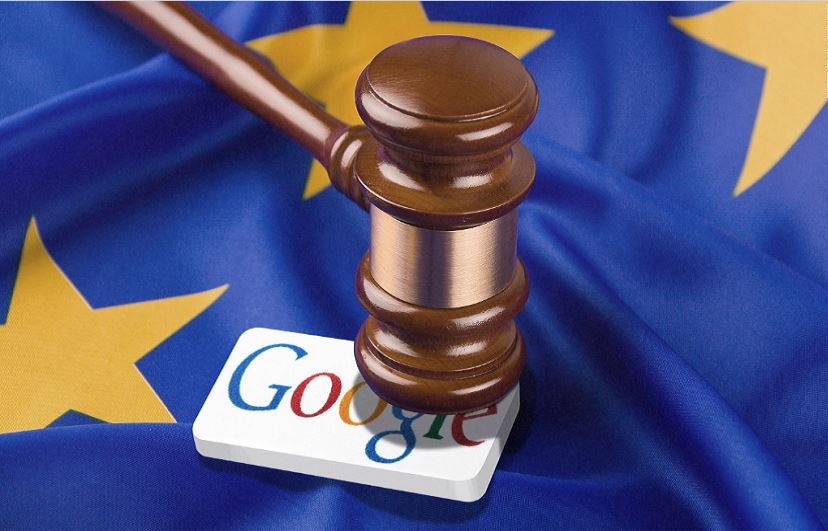 The Commission imposed what is the ‘biggest ever financial penalty’ on the search engine giant for breaking EU competition law. Image Courtesy: CNN Money

The biggest antitrust fine was back in 2009 against U.S chipmaker Intel, which was for around $1.4 billion. However, European antitrust officials have hit Google with a $2.7 billion fine (€2.42 billion) for allegedly manipulating search results since 2008.

The Commission imposed what is the ‘biggest ever financial penalty’ on the search engine giant for breaking EU competition law. This came about after a seven-year-long investigation that initiated in 2010 when several rivals had complained.

The press release from the European Commission states that “Google has abused its market dominance as a search engine by giving an illegal advantage to another Google product, its comparison shopping service.” If Google does not end the conduct within 90 days, they could face a penalty of up to 5% payments of Alphabet’s (Google’s parent company) average daily worldwide turnover. Which, according to BBC, amounts to about $14m a day.

Commissioner Margrethe Vestager, who is in charge of competition policy has said that Google’s strategy for its comparison shopping service wasn’t just about attracting customers by making its product better than those of its rivals. “Instead, Google abused its market dominance as a search engine by promoting its own comparison shopping service in its search results, and demoting those of competitors.”


Denying companies the chance to compete on the merits and to innovate is seen as illegal under EU antitrust rules. However, Ms Vestager says, “Most importantly, it denied European consumers a genuine choice of services and the full benefits of innovation.”

According to the press release, “Google is dominant in general internet search markets throughout the European Economic Area (EEA)”. And while market dominance is not illegal under EU antitrust rules, abusing power and restricting competition – in markets where they are dominant or in separate markets – is.

While Google’s flagship product is its search engine, it entered the separate market of comparison shopping in Europe in 2004. The comparison shopping product was called ‘Froogle’. In 2008, it was renamed “Google Product Search” and then 2013 it started to be called “Google Shopping” – which is what it is still referred to as. Google Shopping allows buyers to make comparisons of products and prices online from multiple retailers including online shops of manufacturers, re-sellers and other platforms like Amazon or eBay.

The statement reads, “Google introduced this practice in all 13 EEA countries where Google has rolled out its comparison shopping service, starting in January 2008 in Germany and the United Kingdom. It subsequently extended the practice to France in October 2010, Italy, the Netherlands, and Spain in May 2011, the Czech Republic in February 2013 and Austria, Belgium, Denmark, Norway, Poland and Sweden in November 2013.”

Ms Vestager has said that this would set a precedent that would determine how she handles complaints about how Google gives its own maps, prices for flights, local business listings and the like more prominence within its search tools.

Google had pointed out before that companies like Amazon and eBay have considerable amount of influence over people’s spending habits and has refuted the claim made against it.

A spokesperson for Google has said in a statement, “”We respectfully disagree with the conclusions announced today. We will review the Commission’s decision in detail as we consider an appeal, and we look forward to continuing to make our case.”

In addition to this, the tech giant is already facing two other ongoing EU antitrust investigations. The first alleges that Google has made it difficult for other players to preinstalled apps and search engines preinstalled on their Android devices – thus promoting its own products over its rivals. The second case that the European Commission continues to pursue is a claim that targets its AdSense business. The claim against the California-based Alphabet-owned company is that it took steps to prevent its rivals’ ads from showing up on third-party websites that installed Google-powered search boxes.

Google will now have to change the algorithm for its search rankings or they could appeal the decision in an EU court which would delay the resolution for several years.

Cancel reply
These three friends founded Zenatix to address the age-old issue of energy efficiency in India
After WannaCry, Petya ransomware has caused chaos across Europe and hit India too